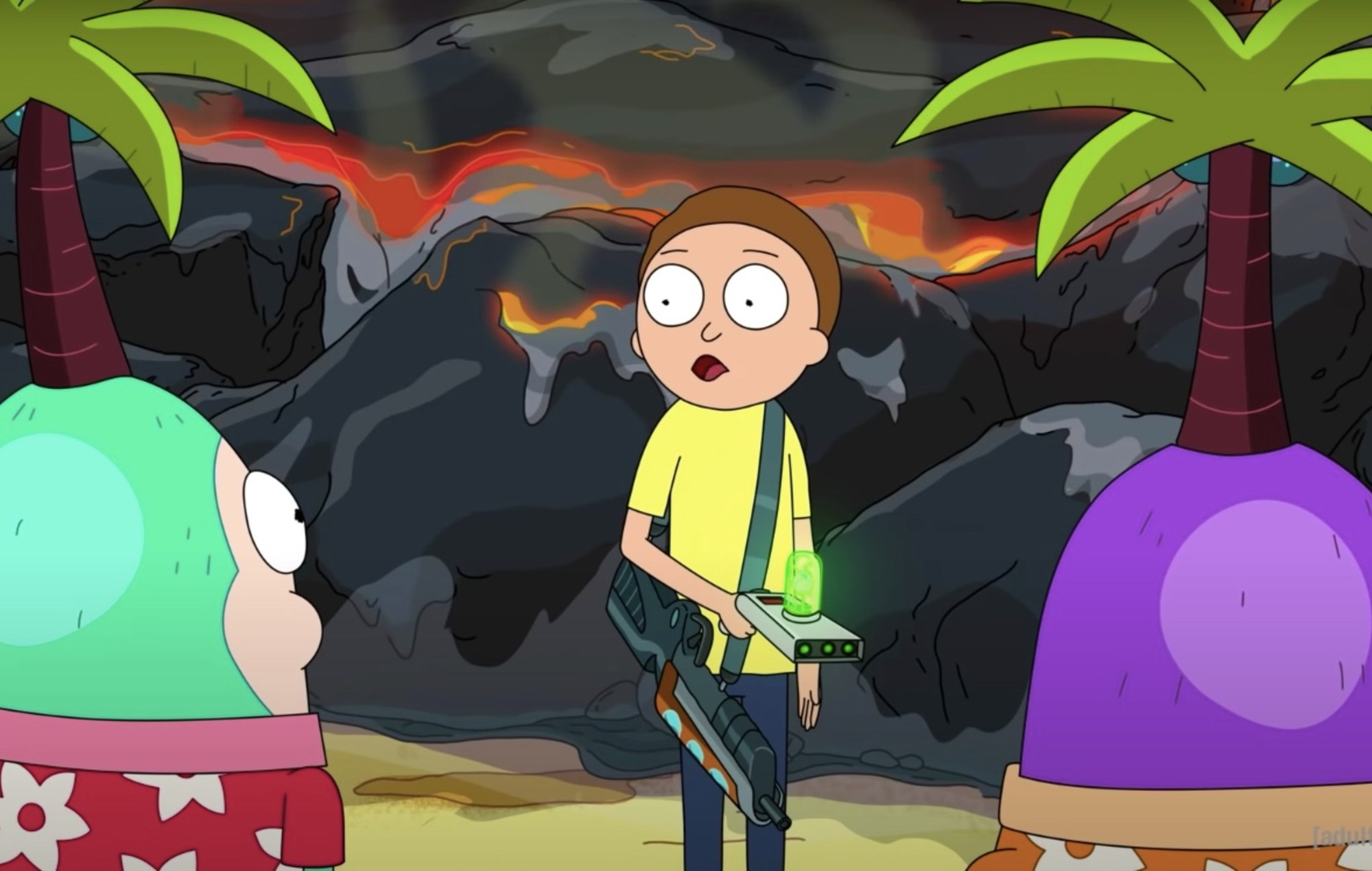 Rick and Morty wrapped up its fifth season over the weekend with a double feature, and the cold open has been released online for fans.

The opening from ‘Forgetting Sarick Mortshall’ sees Morty travel the universe cleaning up Rick’s messes, before returning home to the garage.

However, when he runs low on fluid for the portal gun, Morty tops up the remains with lime – though the gun alerts him “weird fluid detected”, before reassuring him: “…Which is good”.

Yet the worst comes when Morty accidentally spills some fluid on his hand, transporting a load of junk from other dimensions and making contact with someone in the same situation.

The finale has been a long time coming as it was delayed by a month after the previous episode airing, marking the first time there has been a significant gap between episodes.

The two finale episodes may have been a test by creators for a feature-length Rick and Morty adventure.

“I wouldn’t be shocked if there was one that comes down the pipeline someday,” producer Scott Marder previously told Digital Spy. “But I feel like every episode is a movie.

“I’d like to see what a movie would be. A movie would feel like the equivalent of a trilogy. We just pack so much in. It’d have to be pretty epic.”

Earlier this season, one episode called ‘Rickdependance Spray’ caused shock among fans, with NME labelling it “possibly the worst one yet”.

Meanwhile, Adult Swim have released a trailer for a live-action adaptation of Rick and Morty, with Christopher Lloyd as Rick and Knives Out and It star Jaeden Martell as Morty.

It is currently unclear as to whether live-action scenes or episodes will follow, or whether this is a one-off.