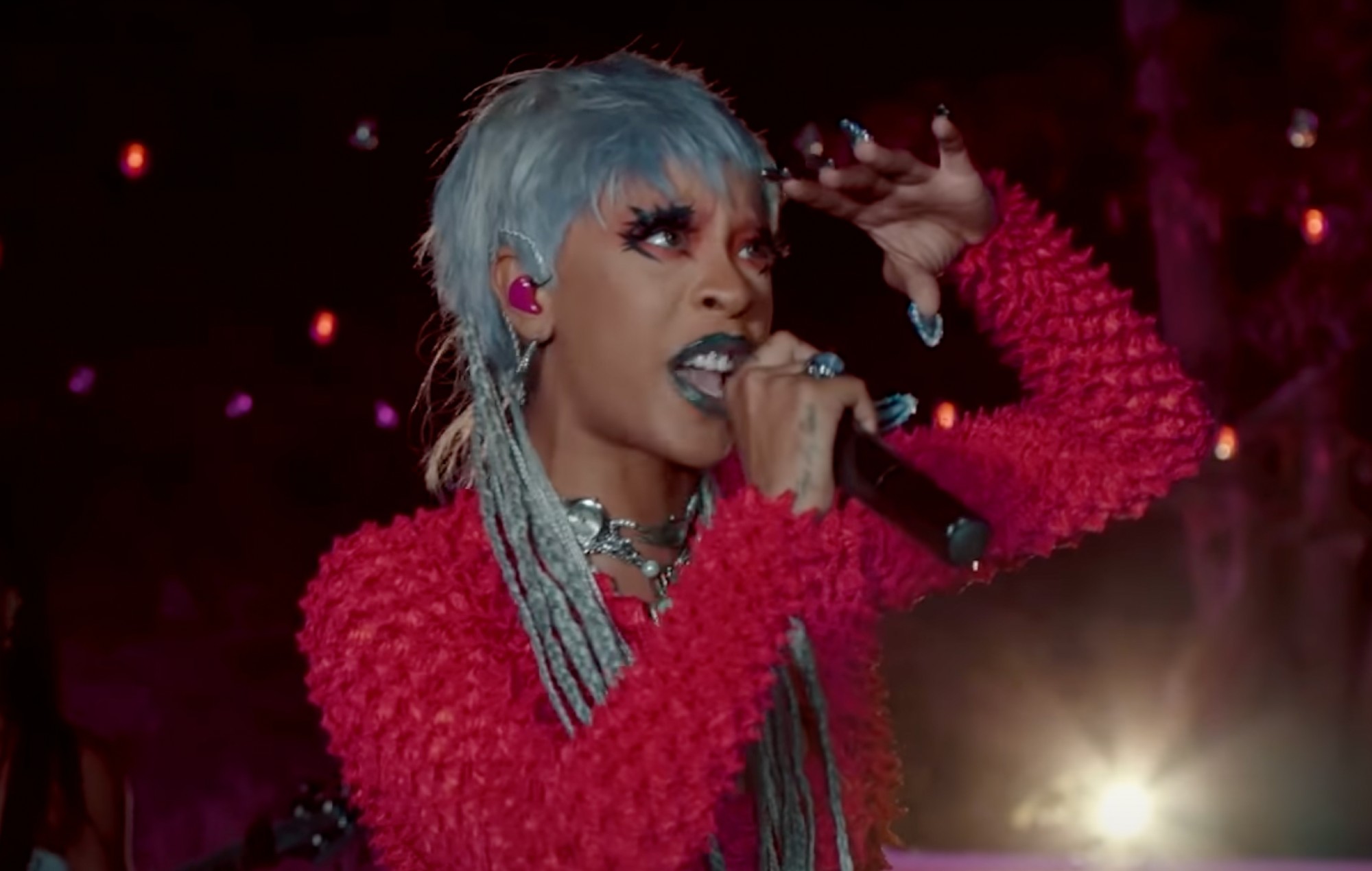 Rico Nasty is the latest artist to take on NPR’s Tiny Desk online concert series, performing a string of tracks from throughout her catalogue.

Performing with an all-female band on a poolside set, Rico – real name Maria Kelly – opens the set with a bouncing rendition of her most recent single, ‘Magic’.

She then performed her 2018 track ‘Rage’, backed with searing electric guitar riffs and telling viewers “you better break some shit”, before playing last year’s ‘OHFR’, which appeared on her debut album ‘Nightmare Vacation’.

She followed that with the Kenny Beats-produced ‘Trust Issues’, which appeared on her 2018 mixtape ‘Nasty’, and closed her set with her breakout single ‘Smack A Bitch’. Ahead of the final song, she said “If you would’ve told me it’d be as big as it is today, I would’ve laughed at you dead in your face.”

Watch the full set below:

Rico also claimed that she likes performing with a full band – “especially when it’s all girls.”

In a four-star review of ‘Nightmare Vacation’, NME‘s Natty Kasambala wrote, “While Nasty’s catalogue has found her focused on pushing to the extremities of self-expression – baking rock, screamo and punk directly into her rap with reckless abandon – with this record she flexes her chops as an artist with mainstream appeal.”

The review went on to call the album “a refreshingly liberating soundtrack to a year that has felt a little like the end of the world.”