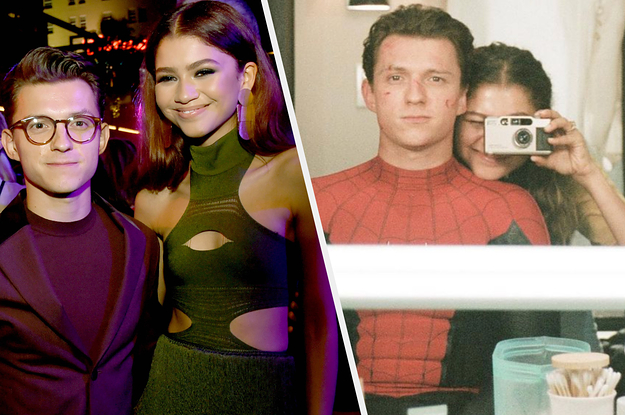 Quite a few x’s in that caption, no?

Good morning! Zendaya is 25 years old today! And, to commemorate the occasion, Tom Holland has already shared a tributary post that’s currently sending the Internet into one big, collective frenzy.

Most of us are familiar with Tom and Zendaya’s fictional, onscreen relationship in the Spider-Man film franchise, where Tom plays the titular superhero and Zendaya co-stars as MJ, his friend and love interest.

Questions about whether the actors are dating IRL have circulated for years. Zendaya has explicitly denied them before, but a photo of her and Tom kissing in a car earlier this summer sparked a renewed wave of speculation.

And while it’s possible that the two are just pals who make out in vehicles and who’ve now worked alongside each other for half a decade — they’re also heading into Spider-Man: No Way Home‘s promotional season — Tom’s latest Instagram post seems to suggest otherwise.

As expected, people were flipping out in the post’s comments section, wondering if this is, in fact, the relationship confirmation we’ve been waiting for.

I also have questions, but, relationship or no relationship, the bond these two clearly share is pretty sweet. Happy 25th to Zendaya!