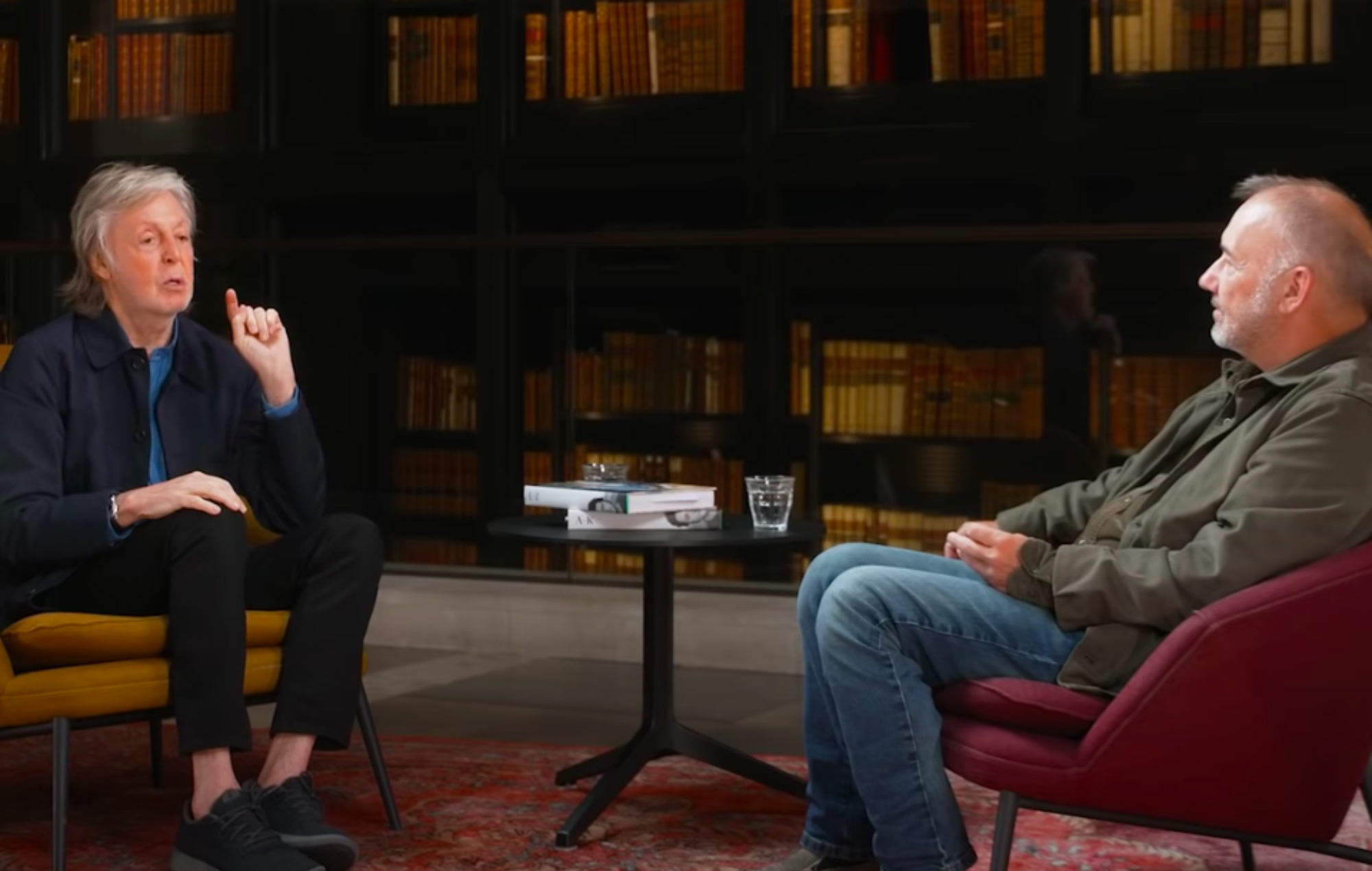 Paul McCartney has recalled the story behind The Beatles‘ ‘Rocky Raccoon’ during a conversation with Bob Mortimer – you can watch the video below.

The chat between McCartney and comedian Mortimer arrived as a teaser for the former’s upcoming biography The Lyrics: 1956 To The Present, which is set for release on November 2.

It will recount the legendary musician’s life through his earliest boyhood compositions, songs by The Beatles, Wings, and from his lengthy solo career.

Arriving today (September 22), the one-minute trailer for the book sees Macca speak to Mortimer at the British Library in London – where he recounts “the story of ‘Rocky Raccoon’“.

A verse in the 1968 track goes: “Now the doctor came in stinking of gin/ And proceeded to lie on the table/ He said, ‘Rocky, you met your match’/ And Rocky said, ‘Doc, it’s only a scratch/ And I’ll be better, I’ll be better, Doc, as soon as I am able“.

“I was riding on a little moped to see my cousin Betty,” McCartney remembered. “It was a moonlit night… I said, ‘Wow, look at that moon!’ When I look back, the bicycle is now [on its side] and there’s no way to get it back up. So I’m hitting that pavement.”

Macca explained that he “smashed [his] lip” and was left bleeding from the accident, with his cousin then calling for a doctor.

“I think it was around Christmas time… well he [the doctor] was pissed,” he continued. “He said, [slurring] ‘I think you need a couple of stitches’.”

McCartney asked to be given anaesthetic, but the doctor only had a needle and thread. “And he’s trying to thread the needle but he can’t see it,” he said. “So Betty takes it off him and she threads it.”

The teaser comes as McCartney today announced a special signed edition of The Lyrics, which is limited to just 175 numbered copies. This version also includes an exclusive print of a lyric sheet – you can find more information here.

Meanwhile, Paul McCartney is set to speak about the book during a special event at London’s Southbank Centre on November 5.