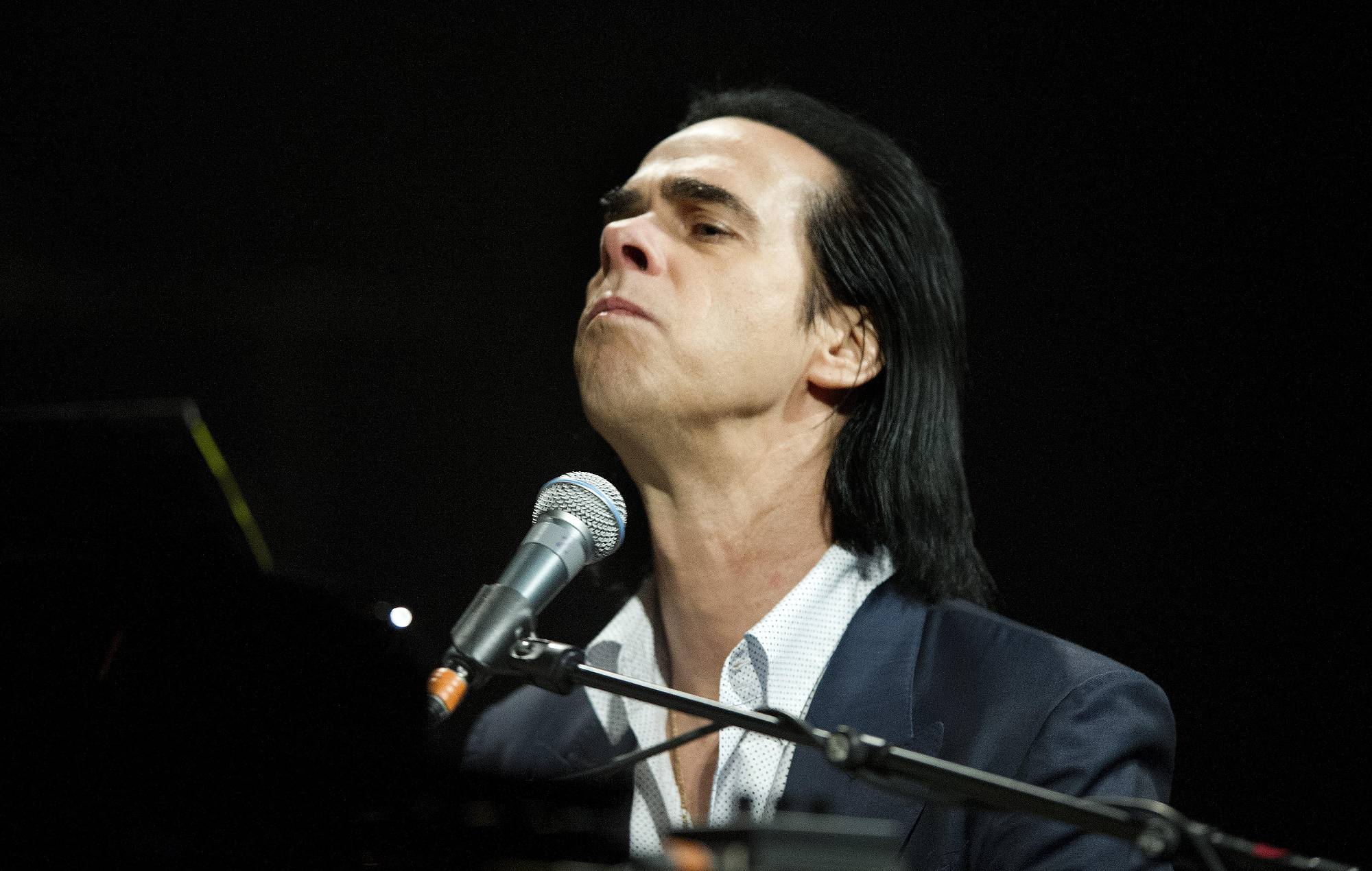 “Hello Croydon,” says Nick Cave with a sort-of smile from beneath the spotlight of Fairfield Halls, a titter of laughter rippling through the crowd. It’s not the easiest thing to say without coming off a bit Spinal Tap, but Cave knows it, having presumedly chosen this spot a little off London’s standard beaten gig track to warm-up for this new and modestly ambitious new live spectacle.

A show with his usual outfit The Bad Seeds is a religiously raucous affair – a full-gamut circus of rock, roll, blues, soul, murder, sex, love, hellfire and redemption, with Cave playing the manic lothario ringleader. This time, it’s a lot more pared back. To take their masterful 2021 lockdown album ‘CARNAGE’ on the road, Cave and regular Bad Seed and go-to collaborator Warren Ellis present the bare-boned elements of some of their most spectral work – largely drawing from their most recent records ‘CARNAGE’, ‘Ghosteen’ and ‘Skeleton Tree’ – to really draw on that feeling of intimacy. If you didn’t get the memo about the lack of ‘hits’, the duo makes no apologies. “They didn’t last long,” snarks Cave as a couple scuttles across the front row to the bar early on the set. “‘Oh no, they’re going to play that fucking ‘Ghosteen’ shit!’”

We’re all here for it. This is the first chance we’ve had to hear much of their latter work live. ‘Ghosteen’ tender cuts ‘Spinning Song’, ‘Bright Horses’ and ‘Night Raid’ bloom and fill the venue having previously felt quite delicate and gossamer on record, while the blind love of ‘Waiting For You’ holds the room together in a manner that makes 18 months of being apart feel ultimately worth the wait. ‘CARNAGE’ tracks really pack a punch too, not least for capturing our collective spirit. “We won’t get to anywhere anytime this year, darling…unless you take me there,” he pines on the aching ‘Albuquerque’, resonating the importance of togetherness during lockdown, while ‘White Elephant’ replays the real-life horror show of recent newsreels in a typically grand Cave style.

The apocalyptic trance of show highlight ‘Hand Of God’ feels all the more vital live, while the stage outing of ‘Shattered To The Ground’ cuts straight to the track’s devastating sentimental heart. The impact is owed to the power of this setup. Cave’s on piano and vocals, standing regularly to prowl the stage in his sermon-like manner, Ellis remains mostly sat down on synths, guitar and violin, while Jehnny Beth’s partner and collaborator Johnny Hostile stands at the back providing fittingly doom-y loops, guitar and percussion. They’re flanked by three heavenly backing singers Wendi Rose, Janet Rasmus and TJae Cole, with all these minimal elements ultimately acting to maximise the impact of Cave and Ellis’ rich chemistry.

Their bromance shines too. “Fuck, you look cool,” a stone-faced Cave says across the stage as Ellis cuts a sharp silhouette. He’s not wrong. “We love you Warren,” a fan later hollers from the stalls, before Cave quickly replies: “See, I told you”.

Other treats come in the form of a feather-light cover of the T Rex classic ‘Cosmic Dancer’, ‘Push The Sky Away’s towering apex ‘Higgs Boson Blues’, a predictable but comforting outing of the gorgeous lighters-up moment ‘Into My Arms’ and the underrated Grinderman number ‘Palaces Of Montezuma’. It seems these fans have been waiting all too long to throw their arms to the sky and howl back the unlikely sing-along: “The spinal cord of JFK, wrapped in Marilyn Monroe’s negligee, I give to you”, but here we are, at a show like no other from a true once-in-a-generation songwriting partnership. They’ll rearrange your heart and soul so many times you’ll leave like the human equivalent of Trigger’s broom.

This ‘CARNAGE’ UK tour continues into October – including two nights at London’s Royal Albert Hall – before the biblical bluster of the Bad Seeds returns to the road in 2022. For now, enjoy Cave and Ellis in their absolute purest and classiest form; armed with just the songs, the love, and a whole lot of feeling.