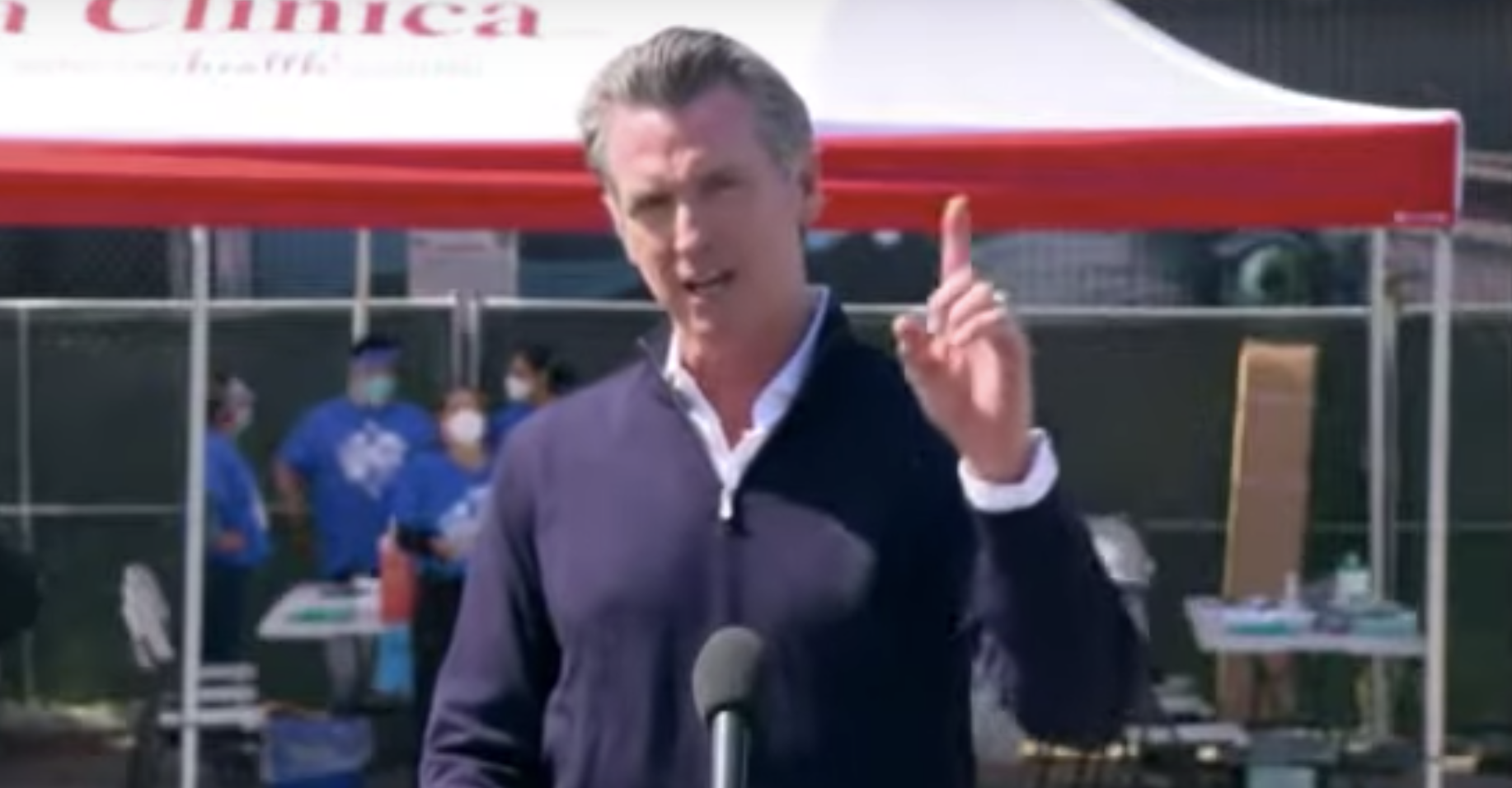 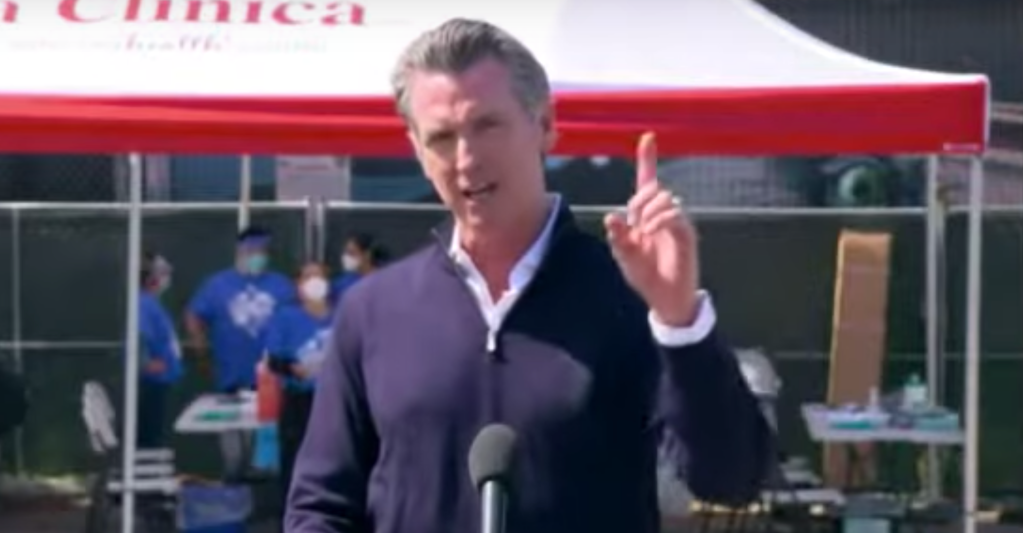 California Governor Gavin Newsom held a press conference today to tout a milestone: 80% of the state’s eligible residents have received at least one dose of a Covid vaccine. He called it “a momentous occasion.” The governor sought to contrast the accomplishment with the pandemic plans of his recall rivals.

He observed that California has a 4.6% test positivity rate. “That’s the 7th lowest in the nation,” said Newsom, before continuing, “We are not being ideological in any way, shape or form. Florida today is at 18.7%. Texas at 16%. We have a case great in CA that’s a fifth (of that in) the state of Texas – or rather the state of Florida,” he corrected himself.

Newsom then used those comparisons as an argument against his chief Republican opponent, Larry Elder, and the recall election itself.

“I hope people pause and just consider the life and death consequences of that decision: We have among the lowest positivity rates in the nation. They have the highest positivity rates in America…There is no more consequential decision to the health and safety of the people of the state of CA than voting No on this Republican-backed recall,” said the Governor.

Elder, for his part, states on his campaign web site that “vaccines are effective” and should be encouraged, but “Californians who assume the risk of not wearing a mask or not getting vaccinated should not be forced to do so.”

“We’re seeing a plateauing of hospitalizations,” observed Newsom. “We’re seeing a modest in increase now — not a large increase — in ICUs. And we have seen that positivity rate drop down from 7.1%, now down to 4.6%.”

One metric Newsom failed to mention was the raw number of new cases. While today’ 24-hour total was a relatively low 9,606, yesterday saw a new daily high for the state’s current summer’s surge. The 14,968 new cases reported on Monday is the highest number of new infections the state has seen since January 31, and well above the 2020 summer surge peak of 12,614 on August 14 of that year.

Newsom also failed to cite the number of Californians fully vaccinated against Covid. It’s an important data point, since two shots of the mRNA vaccines is far more effective than one and should be the target the state is aiming at. The number of eligible California residents who are fully vaccinated is significantly lower than 80%. It’s 66.5%, according to the state’s dashboard.

One further point of clarification: There are millions of California residents who are not included in that 66.5%. Those are the roughly 5 million kids under the age of 12 in the state who are not yet eligible to be inoculated. But they can get still get sick, and many of them have just gone back to school.

When kids under 12 are factored in, the percentage of all Californians vaccinated is just about 60%. A little over a month ago that number was 54%. That’s up just 6% in one month and a long way from herd immunity.