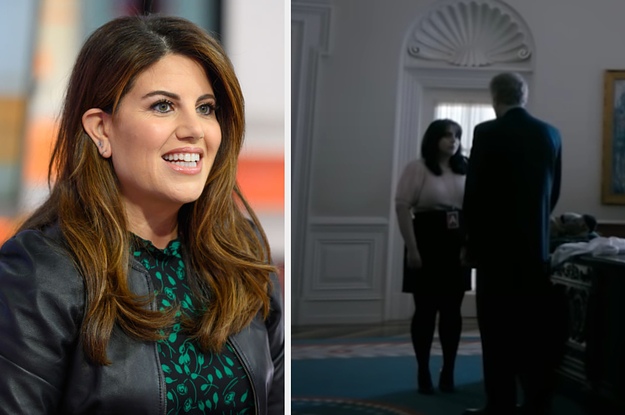 The moment she’s referring to is depicted in the original 1998 Starr Report, which details the nature of Bill and Monica’s relationship. The report reads:

“At one point, Ms. Lewinsky and the President talked alone in the Chief of Staff’s office. In the course of flirting with him, she raised her jacket in the back and showed him the straps of her thong underwear, which extended above her pants.”