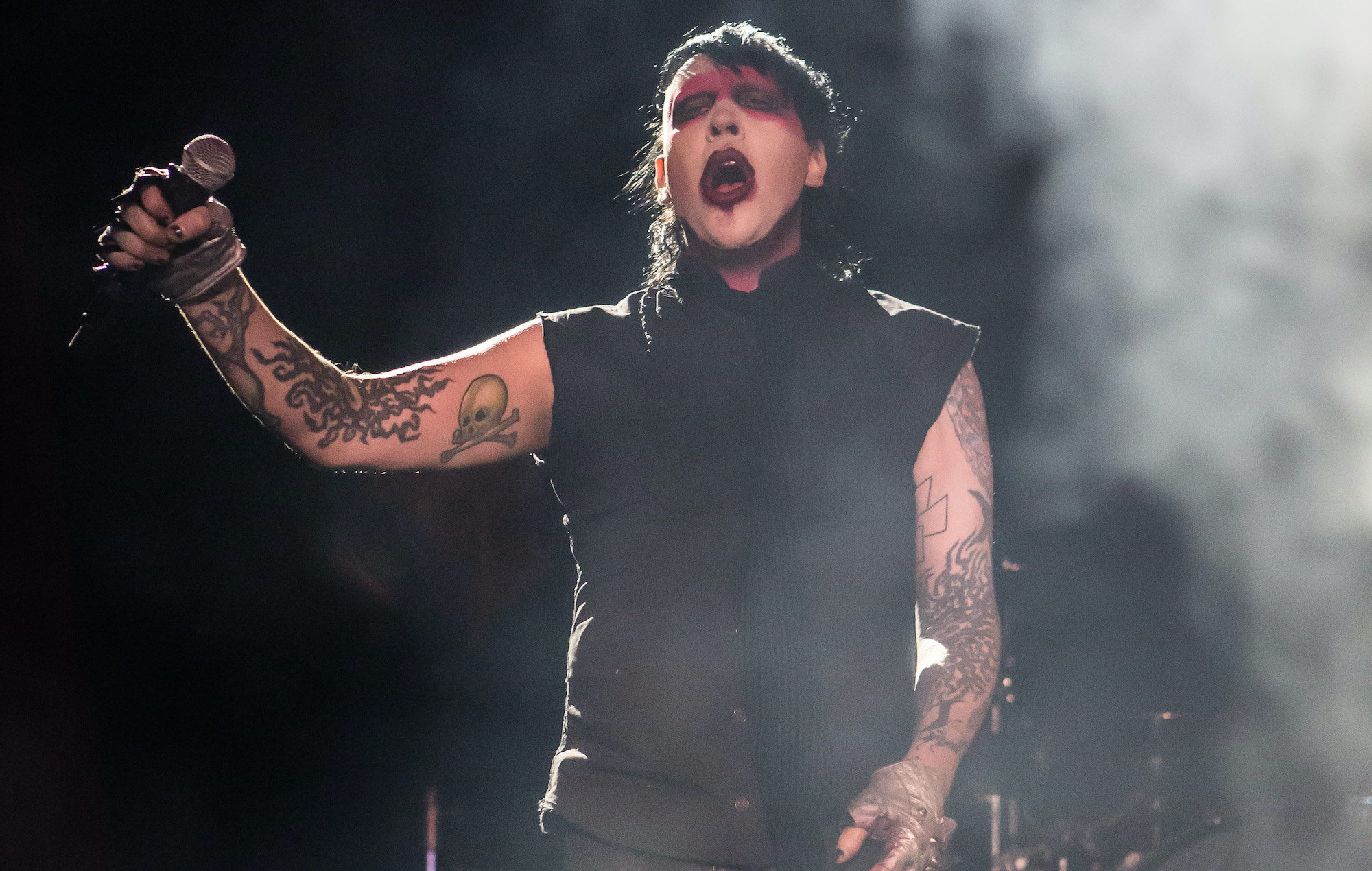 Marilyn Manson has entered a not guilty plea, through his attorney, to the misdemeanour assault charge he faces after being accused of spitting on a videographer in 2019.

In July, Manson – real name Brian Warner – turned himself into police over two counts of Class A misdemeanour simple assault. A warrant was issued for Manson’s arrest following allegations he spat at and shot snot onto a videographer during a performance in the town of Gilford, New Hampshire.

These allegations were detailed in a police affidavit, which said that Manson approached videographer Susan Fountain, who was working for Metronome Media at the Bank of New Hampshire Pavilion, during a performance, put his face close to Fountain’s camera and spit a “big lougee” at her, hitting both her hands with saliva.

According to Billboard, Manson allegedly returned a second time, covering one side of his nostril and blowing it in Fountain’s direction. Fountain then went to the restroom to wash her hands and arms, which were allegedly covered in Manson’s saliva and snot.

While an arraignment hearing on the charges was set for earlier this week, Manson’s attorney filed the not guilty plea and a waiver of arraignment in Laconia District Court in New Hampshire. A case status hearing is set to go forward on December 27.

When the warrant was put out for Manson’s arrest for the incident back in May, his lawyer gave a statement to NME calling the accusation “ludicrous”.

“It is no secret to anyone who has attended a Marilyn Manson concert that he likes to be provocative on stage, especially in front of a camera.

“This misdemeanor claim was pursued after we received a demand from a venue videographer for more than $35,000 after a small amount of spit came into contact with their arm.”

Manson has consistently denied the allegations, and in July, dismissed allegations of sexual assault and abuse made by actress Esme Blanco, who filed a lawsuit against him in Los Angeles. Manson labelled the allegations as “untrue, meritless” and part of a “coordinated attack by multiple plaintiffs”.

Manson contributed to Kanye West‘s latest album ‘Donda’, on the song ‘Jail, Pt. 2’, and also made an appearance at the album’s third listening party in Chicago.

Following the album’s release, Evan Rachel Wood shared a video of her covering The New Radicals’ ‘You Get What You Give’ at a show in Hollywood. In the caption, she quoted the song’s title and added: “For my fellow survivors who got slapped in the face this week. I love you. Don’t give up.”