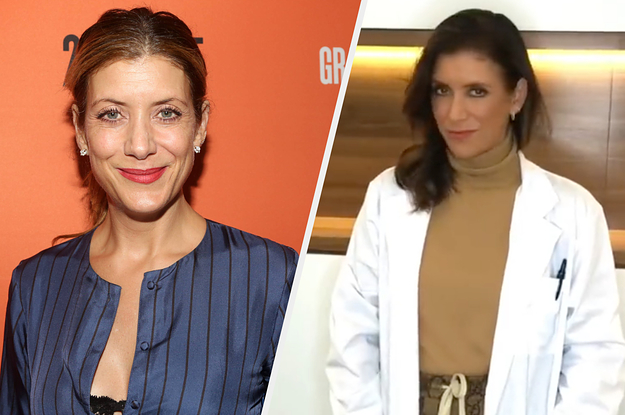 I wasn’t expecting this!

Those of us with enough stamina to continue watching Grey’s Anatomy after nearly two decades of wrenching medical drama know that many a beloved cast member has come and gone — and, in some cases, returned and left again — over the course of 17 seasons. Kate Walsh, AKA Addison Montgomery, was one of the first to go.

After a couple of years on Grey’s, the actor took her character to Private Practice, a spinoff that followed Dr. Montgomery to LA for a new chapter of her career.

It’s been years since Private Practice wrapped, but Grey’s Anatomy is still airing, and currently getting ready for — yup — season 18.

And, in a move that might only make sense on this particular show, Addison will be back when it premieres. Kate announced the news on social media yesterday, sharing a tweet that included her recent TikTok video confirming the character’s upcoming return.

“It’s really happening,” she wrote in the tweet. “Dr. Addison Montgomery will see you shortly.”

If you’ve forgotten how profesh Kate (Addison?) looks in a lab coat after all this time, here’s a refresher. It’s also a preview, since we’ll apparently be seeing this look make a more permanent comeback sometime soon.

How are you feeling about this blast from the past? Let me know in the comments below!