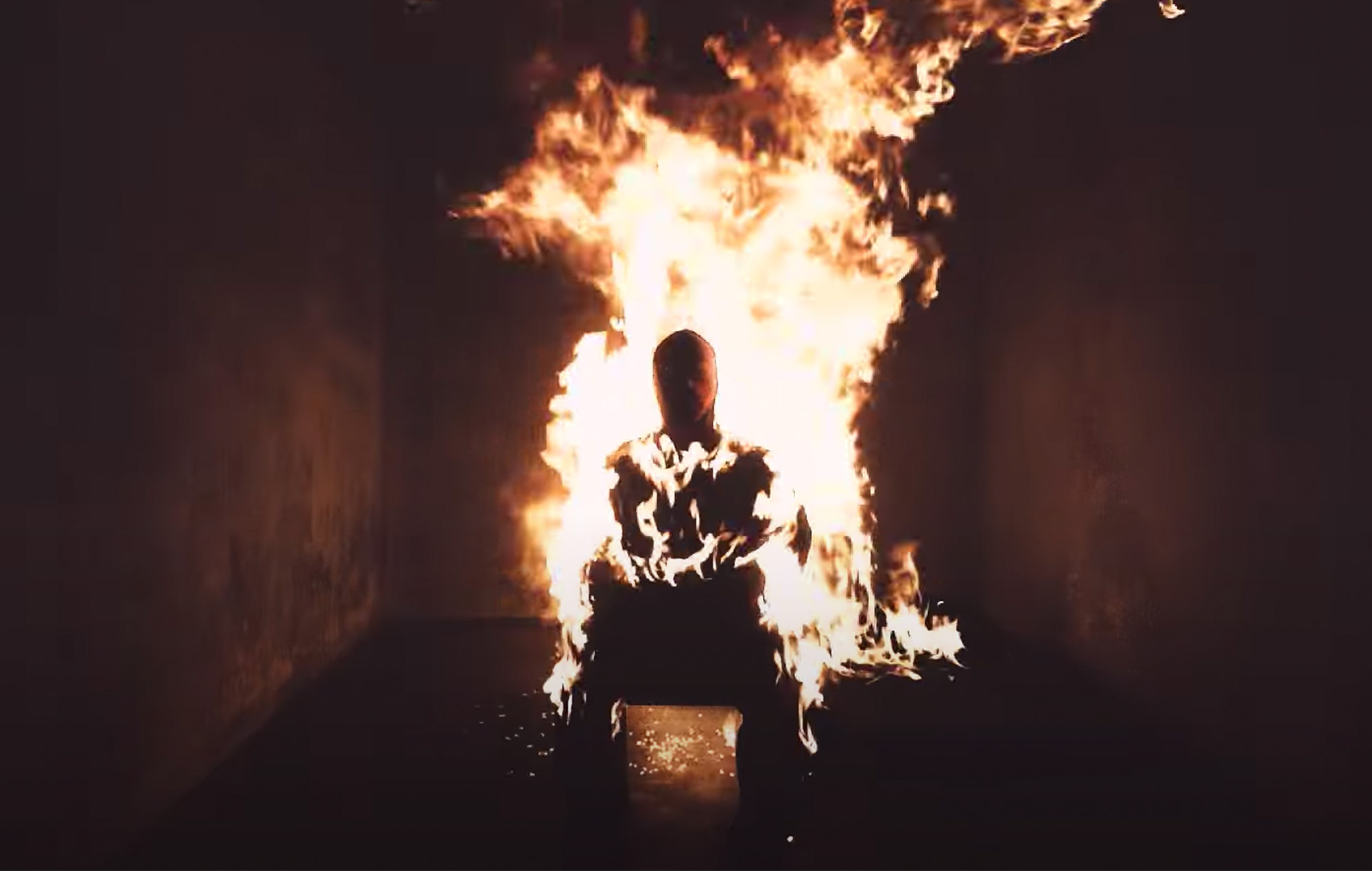 Kanye West has released a music video for ‘Come To Life’, taken from his latest album ‘DONDA’.

The video contains footage from the ‘DONDA’ listening event in Chicago on August 26, which was his third and final one before its release on Sunday (August 29).

The video captures the moment from the event when West, while wearing protective gear, was set on fire. When the flames were extinguished, he reunited with his former partner, Kim Kardashian, who was wearing a wedding dress. Watch it below.

The event was held at the Soldier Field stadium in Chicago and streamed on Apple Music. Artists who appeared include Marilyn Manson and DaBaby, both of whom controversially appear on the track ‘Jail, Pt. 2’. JAY-Z, Travis Scott, The Weeknd, Lil Baby, Kid Cudi, and more feature on other tracks.

It was reported on Tuesday (August 31) that West tried to move his actual childhood home into the venue before deciding to commission a replica instead.

Since its release – which West claimed was executed by the label Universal Music without his permission – ‘DONDA’ has broken streaming records, with 19 of its songs at one point occupying the Top 20 Chart on Apple Music in over 100 countries. West is also in a five-way chart battle with Chvrches and Maisie Peters, among other artists, for this week’s UK Number One.

In NME‘s three-star review of ‘DONDA’, Rhian Daly wrote that “there are a handful of songs” on the album that are “nothing short of brilliant and show West in introspective, thoughtful mood.”