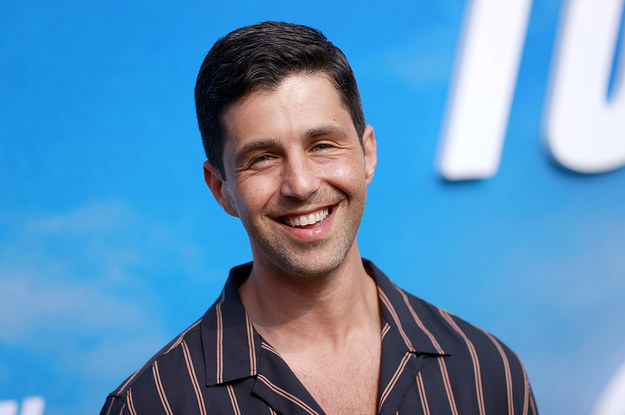 The throwback to top all throwbacks.

If you were a kid in the early ’00s, then you know who Josh Peck is.

The actor is most famous for his role on the hit Nickolodeon series Drake & Josh.

Over the years Josh has found new life via the internet, and has gained a fandom on apps like Vine, YouTube and now TikTok.

He’s also continued acting and is starring in the Disney+ series Turner & Hooch. As well as a new recurring role in the series How I Met Your Father.

The funnyman is not one to shy away from poking a little fun at himself, and he did just that with a now viral TikTok.

The actor posted a video of himself doing a parody of the song “What’s Up” by 4 Non Blondes, and the lyrics are laugh out loud funny.

I guess I’m the one who keeps bringing it up…..

“Well I wake up in the morning and I see a meme. It’s a picture of me when I weighed 315 and I scream from the top of my lungs, ‘Can we just move on?! Please!” He joked as he crushed his coffee cup.

He captioned the video, “I guess I’m the one who keeps bringing it up.”

The hilarious video has over 60 million views and over 8 million likes.

Good to see he’s moved on with his life…kind of! Either way, at least we get some hilarious content from it.