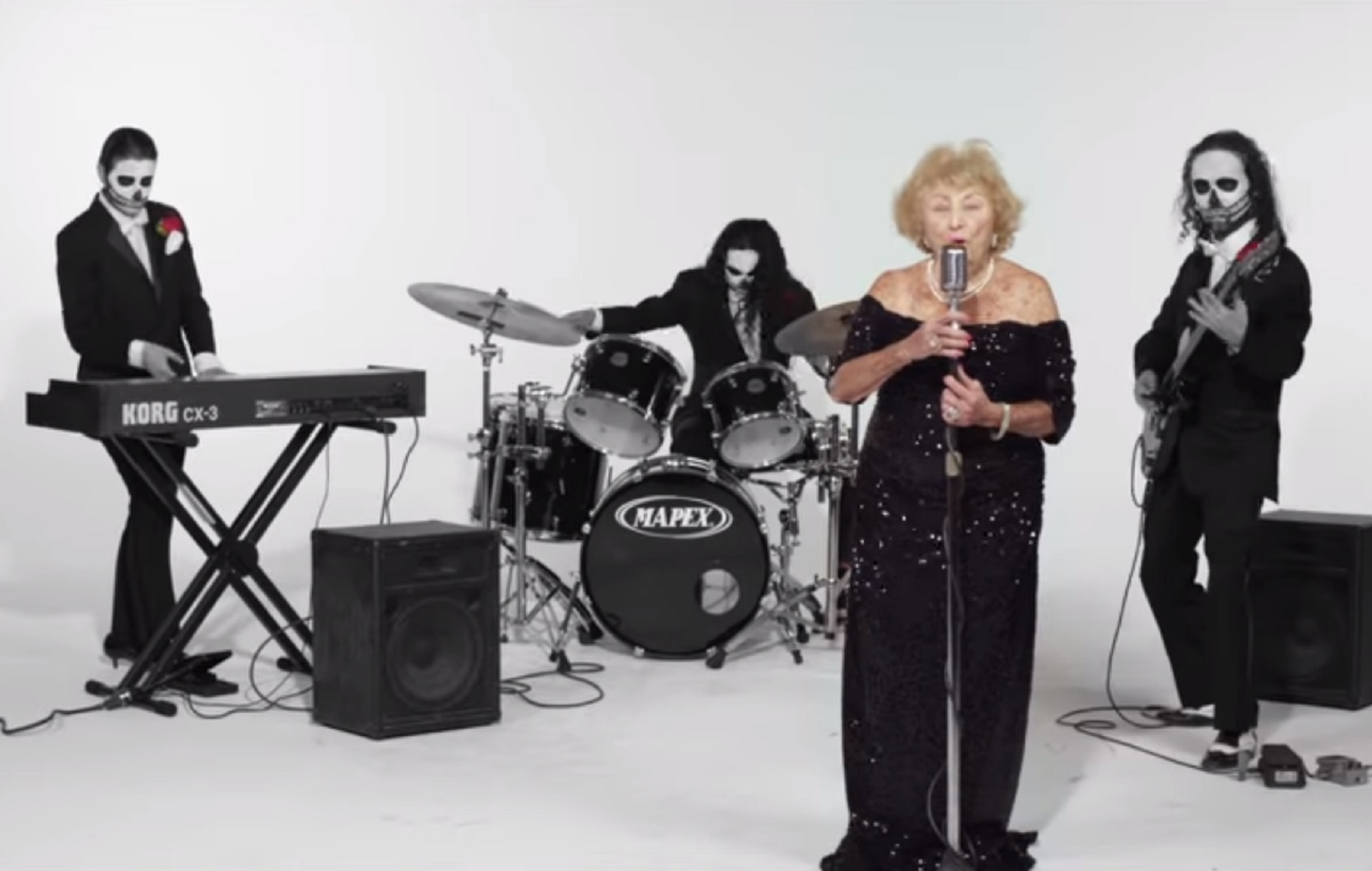 Inge Ginsberg, a Holocaust survivor who found fame in her 90s as the lead songwriter and vocalist of a heavy metal band, has died aged 99.

Ginsberg founded the band Inge and the TritoneKings when she was 93. They competed on the reality show Switzerland’s Got Talent, and also appeared at the 2015 Eurovision Song Contest.

Many of the band’s songs such as ‘I’m Still Here’ and ‘Totenköpften’ (Laugh At Death) referenced Ginsberg’s escape from the Holocaust and the deaths of her grandmother and four cousins who were killed in Nazi camps. Other songs tackled climate change, mental health and more.

Born and raised in Vienna, Ginsberg fled the Nazis to Switzerland in 1942 where she lived in a refugee camp. While there, she and her future husband Otto Kollman managed a safe house for Italian resistance fighters, passing messages between them and the American secret service.

After the war, she and Kollman moved to America where they worked together as a songwriting duo for Hollywood. Later, she became a successful stock market investor, worked as a journalist, and also published books of poetry.

Her rock career began when she read the lyrics of a children’s song she had been writing to da Silva who suggested they’d be better suited to metal and helped her form a band.

By Spring 2020 Ginsberg was living in a care facility in Zurich where she contracted coronavirus. Though she survived the disease, da Silva said that he believes she suffered due to the isolation of the pandemic. “We have no doubt whatsoever that she died because of boredom, loneliness and depression,” he said.