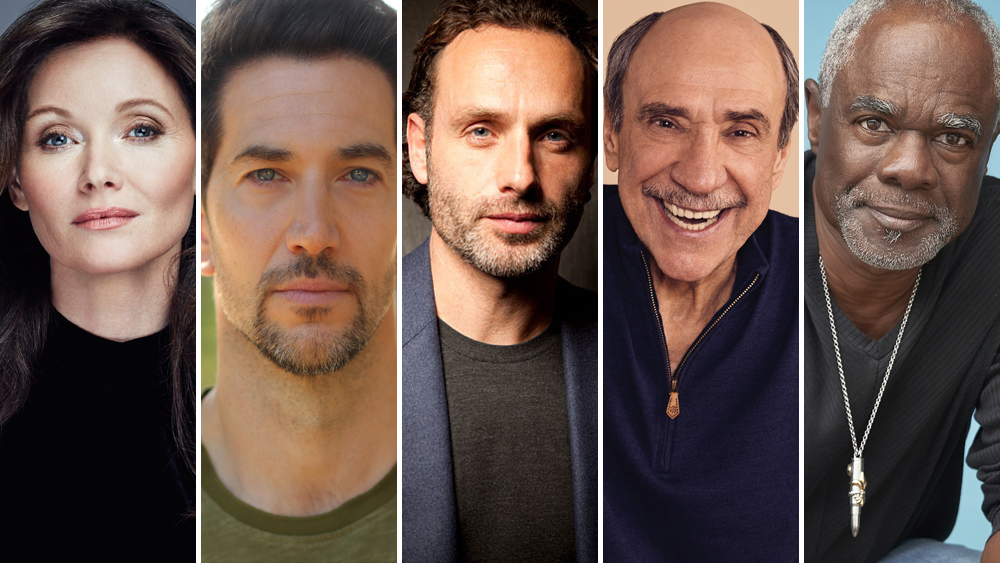 Netflix has announced cast members — along with the writers and directors — for Cabinet of Curiosities, its anthology series from Oscar winner Guillermo del Toro that’s set for next year.

See the list of confirmed episode actors, scribes and helmers below.

Production has begun in Toronto on creator, EP and co-showrunner del Toro’s collection of live-action stories that Netflix says is meant to challenge our traditional notions of horror. From macabre to magical, gothic to grotesque or classically creepy, the eight sinister tales — including two original works by del Toro — will be brought to life by a team of writers and directors personally chosen by the Shape of Water filmmaker.

Here is the list of cast and creatives set for Cabinet of Curiosities, along with the actors’ credits:

● Essie Davis (The Babadook), Andrew Lincoln (The Walking Dead) and Hannah Galway (Sex/Life) star in an episode written (based on an original story by Guillermo del Toro) and directed by Jennifer Kent (The Babadook)

● Tim Blake Nelson (Watchmen), Elpidia Carrillo (Euphoria), Demetrius Grosse (Fear The Walking Dead) and Sebastian Roché (The Man in the High Castle) star in an episode written by Regina Corrado (Deadwood; The Strain) (based on an original story by Guillermo del Toro); and directed by Guillermo Navarro (Godfather of Harlem; Narcos)

● Crispin Glover (River’s Edge) and Ben Barnes (Shadow and Bone) star in an episode written by Lee Patterson (Curve) (based on a short story by H.P. Lovecraft) and directed by Keith Thomas (Firestarter)

● Peter Weller (Star Trek Into Darkness) stars in an episode directed by Panos Cosmatos (Mandy), who also writes along with Aaron Stewart-Ahn

● Mika Watkins (Origin) writes an episode (based on a short story by H.P. Lovecraft) directed by Catherine Hardwicke (Twilight); with cast to be announced

● Haley Z. Boston (Brand New Cherry Flavor) serves as writer of an episode (based on a short story by comic book author Emily Carroll) directed by Ana Lily Amirpour (A Girl Walks Home Alone at Night) with cast to be confirmed.