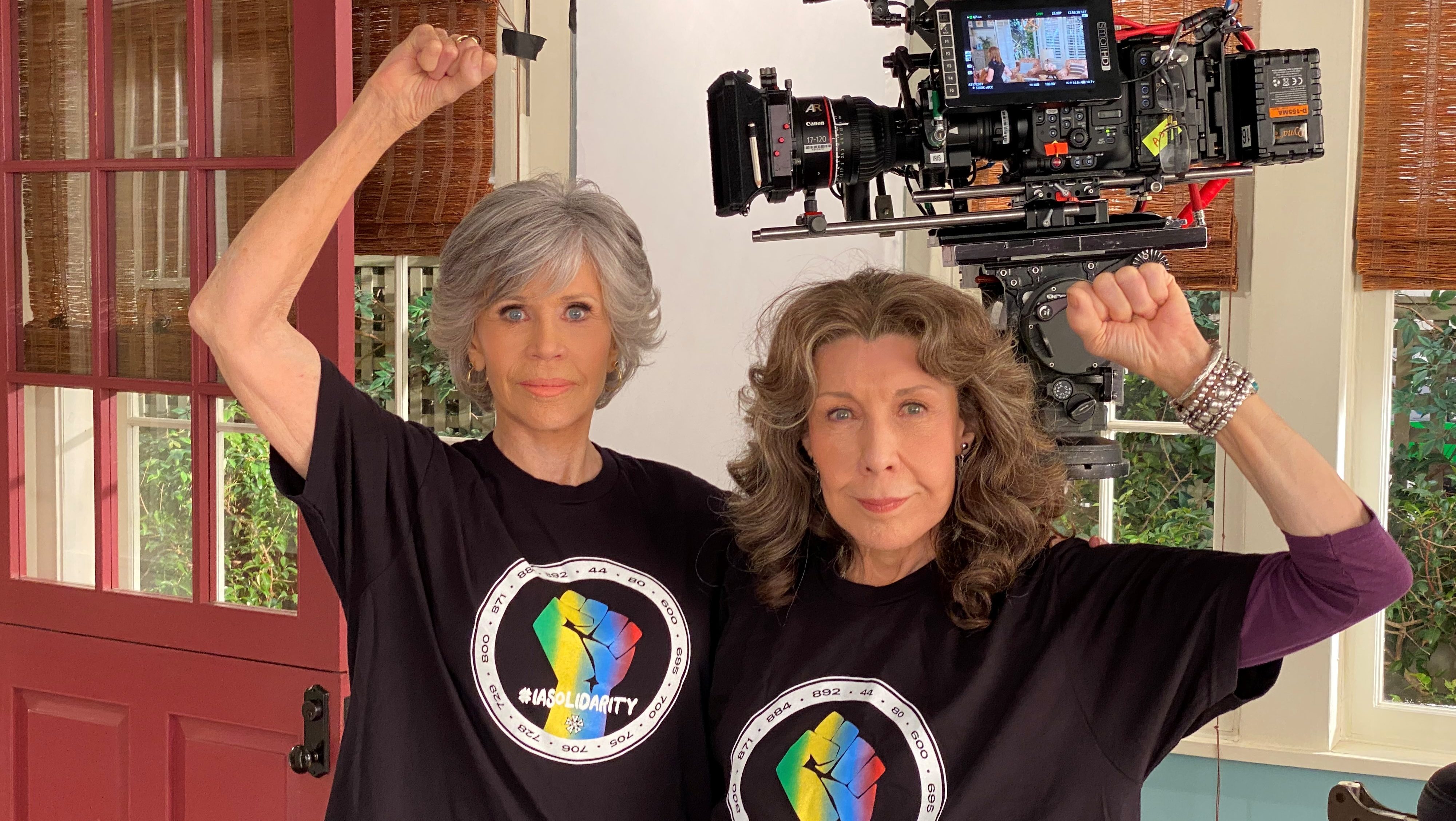 SAG-AFTRA president Fran Drescher has joined the chorus of actors voicing their support for IATSE’s demands for a fair contract as IATSE prepares to take a strike authorization vote. “Standing in #solidarity w/my on-set friends & colleagues in @IATSE,” she tweeted Wednesday. “Entertainment content only happens bc our crews are extraordinary.”

Many other SAG-AFTRA leaders have also taken to twitter to express their support. “I stand with you my @IATSE brothers and sisters,” tweeted former SAG-AFTRA president Gabrielle Carteris. “You make entertainment magic and deserve fairness and dignity on the job.”

Joely Fisher, recently elected secretary-treasurer of SAG-AFTRA, tweeted: “To my sisters and brothers and others in @IATSE. I stand with you in solidarity #IASolidarity #union #UnionStrong.”

SAG-AFTRA national board member Anthony Rapp, who Fisher defeated in the race for secretary-treasurer, tweeted: “I stand with my @IATSE friends & colleagues who work on our shows’ crews. None of what you see would be possible if it weren’t for the skill, talent, & work ethic of these folks. They’ve been expected to sacrifice their well-being for far too long. #IASolidarity #IAStrike.”

Rebecca Damon, SAG-AFTRA’s executive vice president, tweeted: “As a #sagaftramember, I have seen up close that the solidarity with unions in the entertainment industry has never been stronger. I stand with @IATSE today and every day”

“I am an actor,” tweeted Jennifer Beals. “I stand with IATSE. Do you? #IASolidarity.”

Many other actors, including Jane Fonda and Lily Tomlin – seen above with raised fists and sporting IATSE Solidarity T-shirts – are also rooting for IATSE.

“As actors, we need to speak up for our friends who make our careers possible,” tweeted Bradley Whitford. “No one wants a strike. @IATSE is being forced to consider it by negotiators for the AMPTP who refuse to even discuss guaranteed meal breaks or 10 hour turnarounds. That’s nuts. If you make a living in front of a camera, now is the time to speak for the people who make it possible.”

Seth Rogan tweeted: “Our films and movies literally would not exist without our crews, and our crews deserve better.”

Tweeted Kerry Washington: “There are so many talented humans who make the movies and TV shows we love!” . “You may not see them on screen but they are the magic-makers and the glue that holds any set together. I urge the #IATSE to hear them. And I stand with my brothers & sisters in this strike #IASolidarity.”

Ever Carradine, who stars in The Handmaid’s Tale, posted this message: “Actors: if you’re uncomfortable standing with IATSE, I’m sure one of their members will bring you a chair to sit in or a more comfortable pair of shoes. #IASolidarity @IATSE.”

“First to arrive, last to leave, day in & day out, the crew makes the show,” tweeted DC’s Legends of Tomorrow’s Courtney Ford. “They labor tirelessly, through injury and illness, to turn the ideas of others into something actors can touch and audiences can see. They deserve a safe workplace and a living wage. #IASolidarity.”

IATSE said Monday that it had been informed by the Alliance of Motion Picture and Television Producers “that they do not intend to respond to our comprehensive package proposal presented to them over a week ago. This failure to continue negotiating can only be interpreted one way. They simply will not address the core issues we have repeatedly advocated for from the beginning. As a result, we will now proceed with a nationwide strike authorization vote to demonstrate our commitment to achieving the change that is long overdue in this industry.”