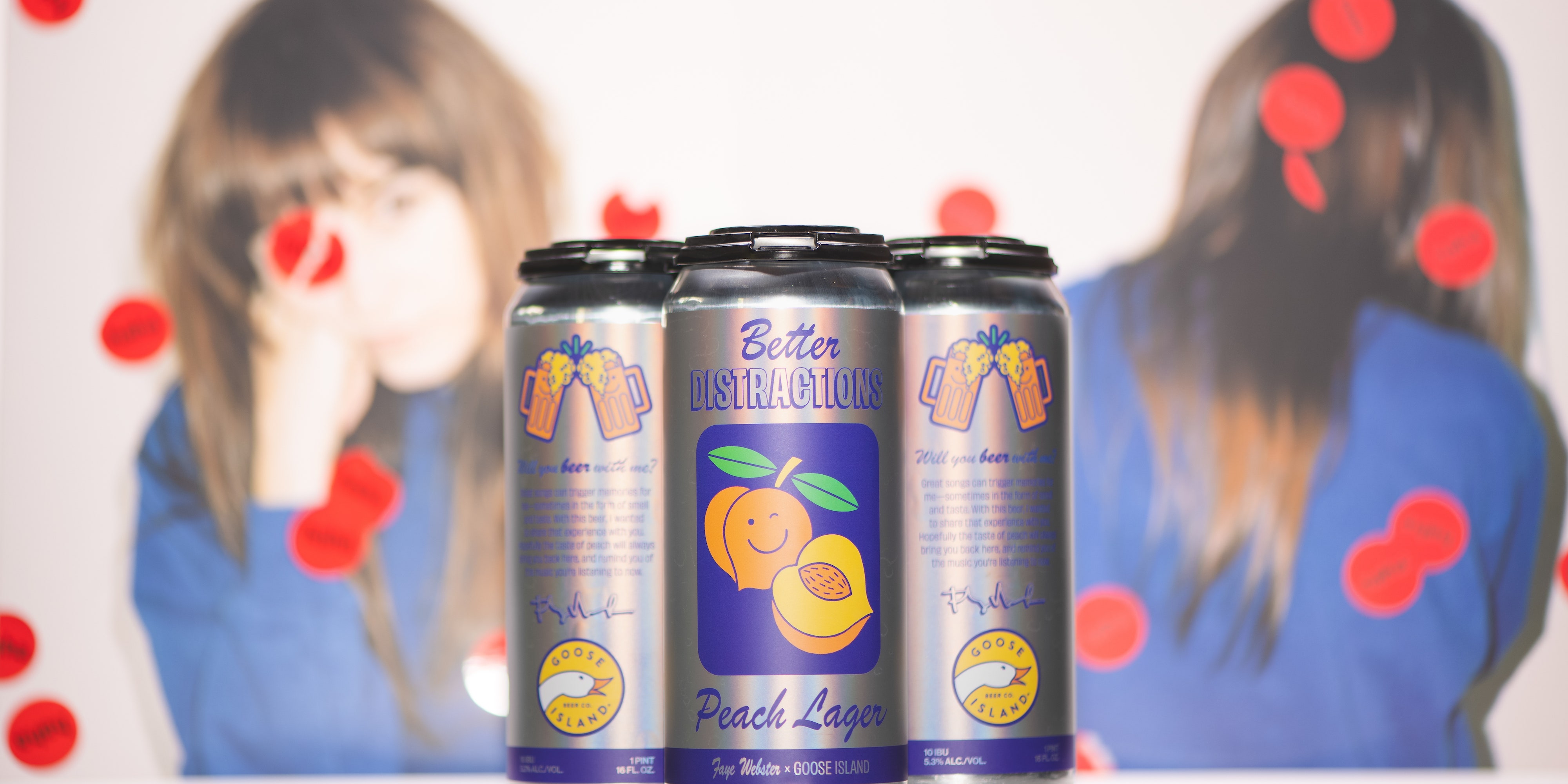 Faye Webster and Goose Island Beer Co. have collaborated on a special edition beer that will be available at Pitchfork Music Festival, which takes place at Chicago’s Union Park from September 10-12. The peach lager is called Better Distractions and takes inspirations from Webster’s own Georgia roots. You’ll get aromas of peach, of course, when drinking Better Distractions, but also apricot, pie crust, and honeysuckle. The 5.3% ABV beer has a light body and is just a little bit tart, reminiscent of biting into a juicy peach.

Luke Webster, Faye’s brother, designed the artwork for the Better Distractions label. He previously did the artwork for Webster’s new record I Know I’m Funny Haha. The beer will be available exclusively at Pitchfork Music Festival, the Pitchfork After Show at Sleeping Village, and the Goose Island Fulton Taproom while supplies last.

Faye Webster is performing at Pitchfork Music Festival on Saturday, September 11. Tickets are on sale now.