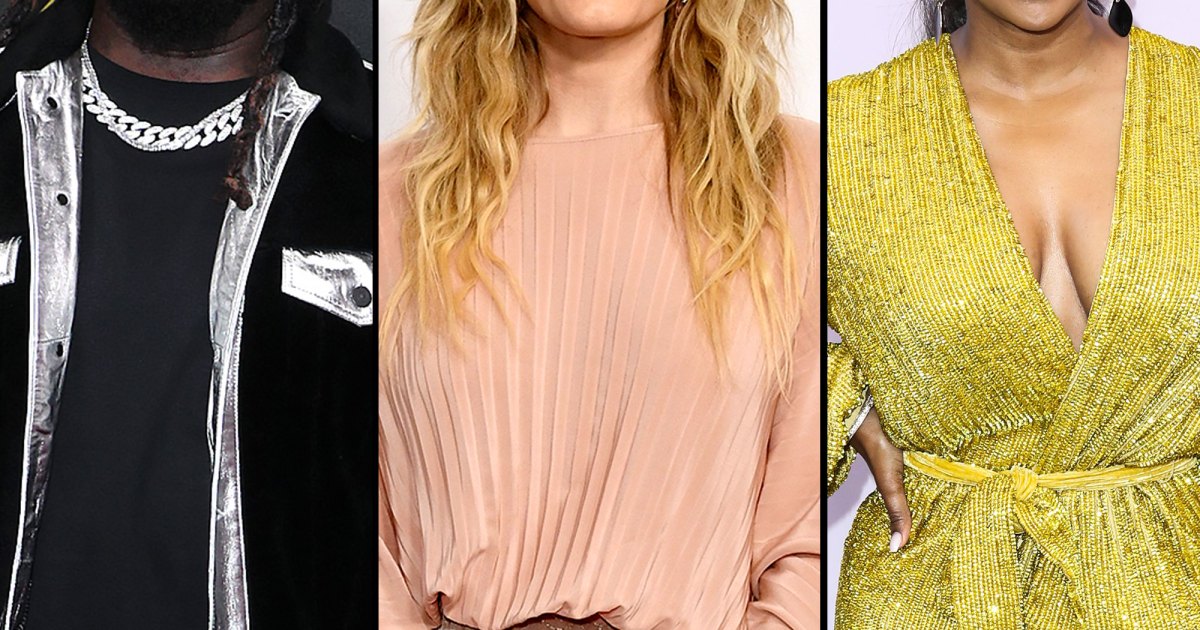 Who is that? It’s the question asked by panelists on The Masked Singer multiple times in each episode, and the answer is: everybody.

More than 75 celebrities have donned elaborate costumes for the Fox series, but only five have ever taken home the top prize: the Golden Mask trophy. As with Dancing With the Stars‘ mirrorball trophy, the Golden Mask is highly coveted among contestants.

After Kandi Burruss won in season 3, her son, Ace, immediately demanded to know where the trophy was. “He was so excited,” the Real Housewives of Atlanta star told The Hollywood Reporter in May 2020. “He said, ‘Mommy, did you win?’ And I was like, ‘Yeah, I won.’ He was like, ‘Where’s your trophy, mommy?’ But they won’t give you your trophy until after the season ends, so I was just like, ‘Well, I’ll get it one day.’”

Once the prize did arrive, though, Burruss knew exactly where she was going to display it: “I’m going to put it right next to the Grammy.”

Several Masked Singer alums have talked about doing the show because their kids love it, but sometimes their children are the hardest viewers to fool. After winning season 5 in May 2021, Nick Lachey told Us Weekly that his three kids with Vanessa Lachey immediately knew he was under the Piglet mask.

“They guessed it the first day and said, ‘Oh, that’s daddy!’” he said of Camden, Brooklyn and Phoenix. “I was excited they knew it was me, but that surprise was gone really early.”

Bobby Brown, who competed as the Crab in season 5, also couldn’t hide the secret from his brood. “I’ve been telling them, ‘No, it’s not Daddy, Daddy is sitting right here,’” he told Us in April 2021. “They thought I ran out and did it before dinner, so they are really confused right now, actually.”

During his time on the show, he dedicated some of his performances to his late children Bobby Brown Jr., who died at 28 in 2020, and Bobbi Kristina Brown, who died at 22 in 2015. When he sang the Bill Withers classic “Ain’t No Sunshine,” he left judge Nicole Scherzinger in tears.

“That song means so much to me personally,” he told Us. “I put my everything into that performance and it was touching to hear everyone’s comments.”

Keep scrolling to find out what all the Masked Singer winners have been up to since taking home the Golden Mask: