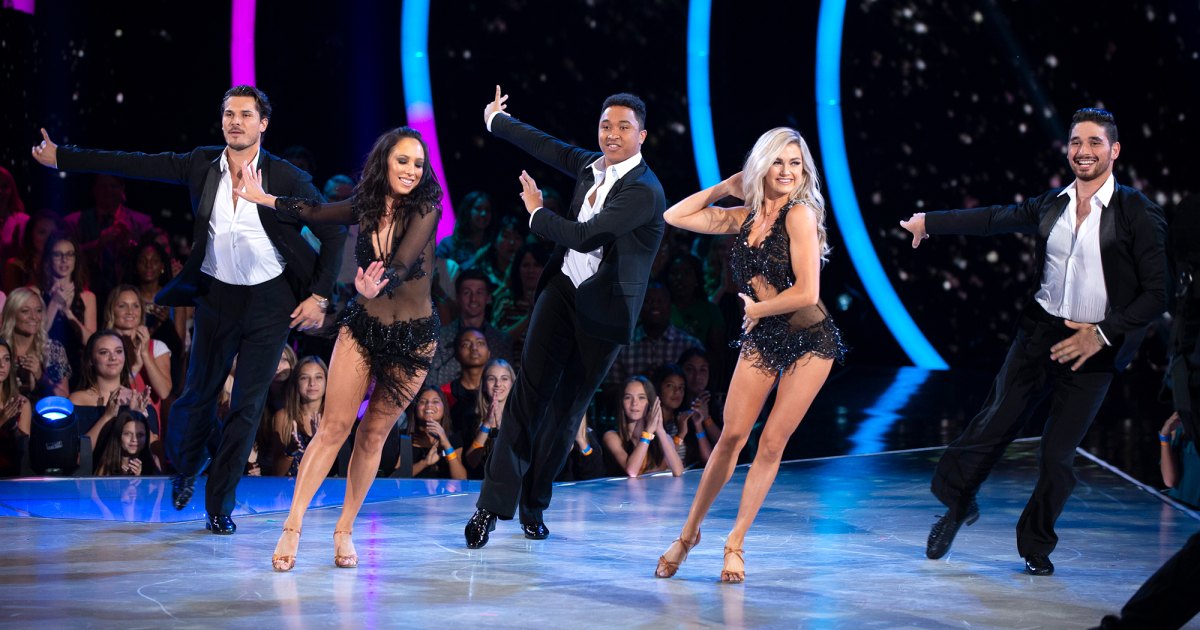 They can’t all be mirrorball champions. ABC announced on Thursday, September 2, which Dancing With the Stars pros will return for season 30, and while some fan favorites will be back after missing a round of the competition, others will not be in the ballroom.

Many of the pros who participated in season 29 — including Artem Chigvintsev, who won for the first time with his partner, Kaitlyn Bristowe — made the cut for the new season. However, two dancers did not: Keo Motsepe and Peta Murgatroyd.

Murgatroyd, 35, competed alongside Vernon Davis last season but was eliminated during the fifth week. Meanwhile, Motsepe, 31, and partner Anne Heche were voted off during week three. He went on to date season 29 contestant Chrishell Stause for three months before splitting in February.

“While it’s disappointing to not be back for season 30, I’ve been honored to be on the last nine seasons of the show and look forward to returning in the future,” Motsepe exclusively told Us Weekly on Thursday. “There’s a great group this season and I wish all the dancers and the show the best of luck! I also have some exciting opportunities in the works, so don’t worry, you’ll be seeing me again soon enough!”

Amid Murgatroyd and Motsepe’s absences, two former champions will return to the ballroom after sitting out season 29: Lindsay Arnold and Witney Carson. The season 25 winner and the season 19 victor both became mothers during their hiatuses, welcoming daughter Sage, 10 months, and son Leo, 7 months, respectively.

After the news broke, Arnold, 27, reacted to Motsepe and Murgatroyd not getting cast for season 30. “It’s always so hard because we truly are a family and we love each other so much,” she told Entertainment Tonight. “I talked to Peta quite a bit, sending all the love to her, and then I actually just texted Keo this morning just saying that I love him, I hope I get to see him soon and I hope he’s doing well.”

She continued: “We all kind of understand because we’re all in the position each season, not really knowing if we’re gonna be on the show. So you really do feel for the pros who don’t get to be on. They are just the best people in the world and I know they’re gonna do incredible things with their time, so I’m excited to see what they do.”

While the full list of contestants has yet to be announced, JoJo Siwa and Suni Lee are set to light up the competition. Us exclusively revealed on Wednesday, September 1, that Matt James will join season 30, while sources confirmed Olivia Jade Giannulli and Kenya Moore will lace up their dance shoes too.

Scroll through the gallery below to see which pros will be on Dancing With the Stars this season.