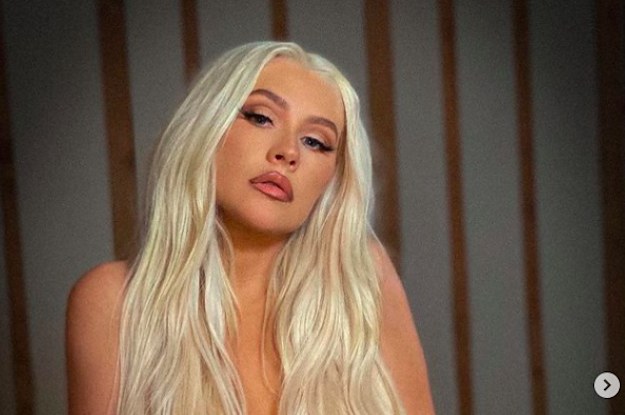 A hottie with a body!

Christina Aguilera is an expert multitasker — meaning she is both serving looks AND 2000s nostalgia.

In a recent photo posted to Instagram, the 40-year-old powerhouse singer-songwriter channeled a beloved era of hers.

In the pic, Xtina posed topless to promote an upcoming Sept. 11 performance at the LadyLand Festival in Brooklyn. She captioned the post, “One week until @ladylandfestival ✨💕 Who’s going to be there?”

In the comments, fans were quick to point out the callback to the cover for her fourth studio album — Stripped — released in 2002. In both photos, she’s only wearing jeans, letting her hair cascade down to cover her chest.

Angelica Ross, known for her (spectacular) portrayal as Candy on the ground-breaking series Pose and her recent role on American Horror Story, also commented, writing, “I’ve ALWAYS been a fan, but WHEW I’m living for grown @xtina ❤️.”

Christina’s fiance, production assistant Matthew Rutler, wrote, “Ummmmmm I am going to be there. Especially after seeing this. 🔥🔥🔥”

So, what I’m hearing is…I’ll see you all (vaxxed and tested, of course) there, right?