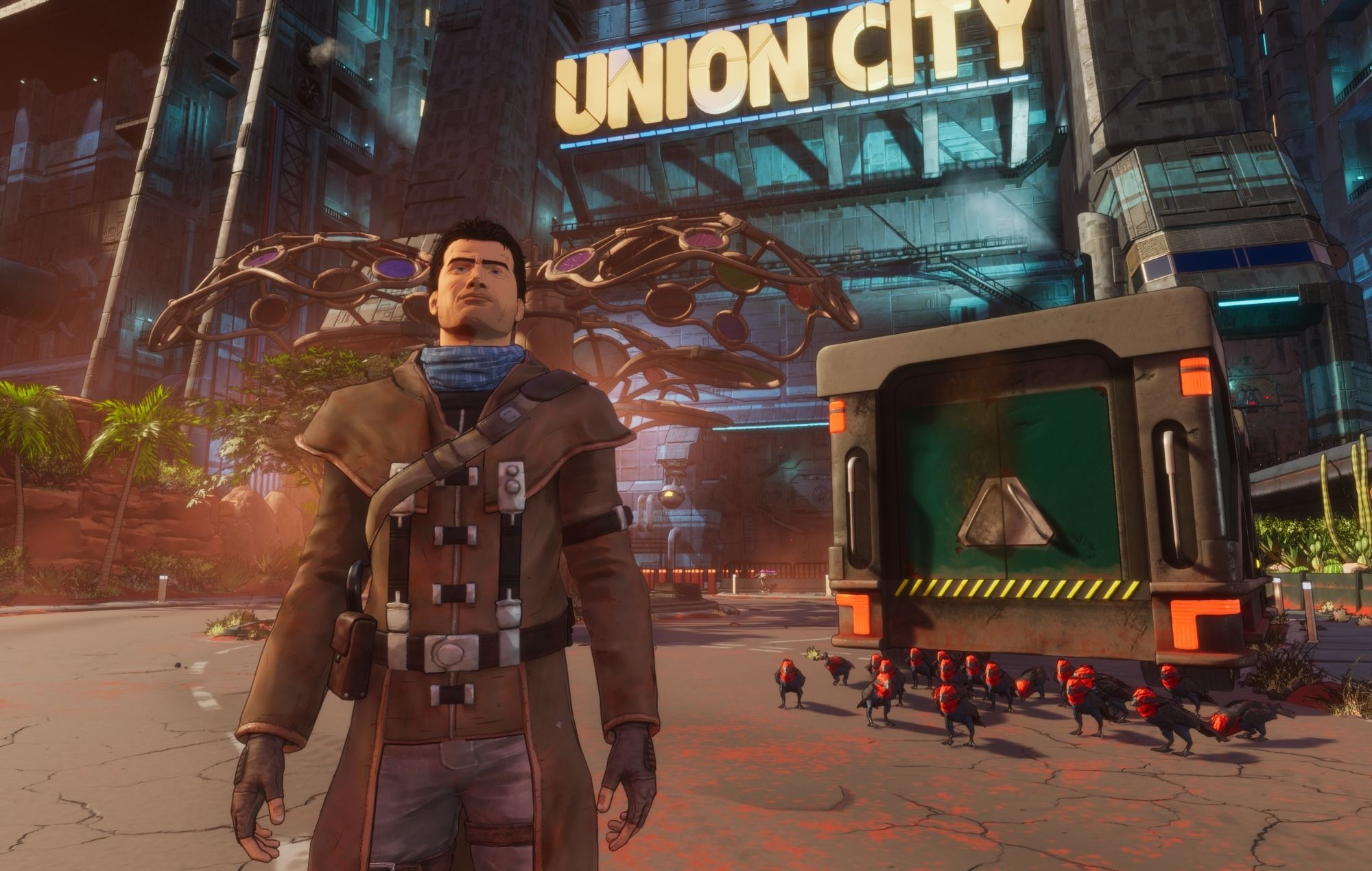 3D sci-fi adventure Beyond A Steel Sky is coming to consoles on November 30, with the game originally releasing on PC back in 2020.

Coming to PS4, PS5, Xbox Series X|S, Xbox One and Nintendo Switch, Beyond A Steel Sky is a spiritual sequel to Beneath A Steel Sky from 1994, a classic point-and-click adventure game. The trailer for the console version can be watched below.

Set a decade after the first game, Beyond A Steel Sky takes place in a world dominated by AI-driven social controls, where AI-based characters populate the world and have puzzles emerge from their actions. Players control Robert Foster, the protagonist from the original game.

Founder of CEO of developer Revolution Software Charles Cecil said: “I am thrilled to be able to open the gates to Union City once more and welcome console players to Beyond A Steel Sky, which launches this winter.”

The art direction for the game has been done by Dave Gibbons, a comic book artist known for his work on the Watchmen comics from the 1980s. “It has been a pleasure and privilege to have had the opportunity to collaborate with Dave Gibbons again in bringing Robert Foster back after an absence of two decades – and what an extraordinary change there has been!” added Cecil.

Multiple editions of Beyond A Steel Sky will be available on consoles, including the Steel Book Edition and the Utopia Edition. The Steel Book edition contains the game, an exclusive steel book with art from Gibbons, the original soundtrack, and a sticker sheet. The Utopia Edition includes the above alongside plenty of extra goodies like a hologram lamp, a mini artbook, pins, and more.

Some retailers will also offer pre-order bonuses, which include an enamel pin, a digital artbook, and two digital comics by Gibbons.

In other news, Horizon Forbidden West is launching in February of next year, but the base editions of the game won’t include the free PS4 to PS5 upgrade.