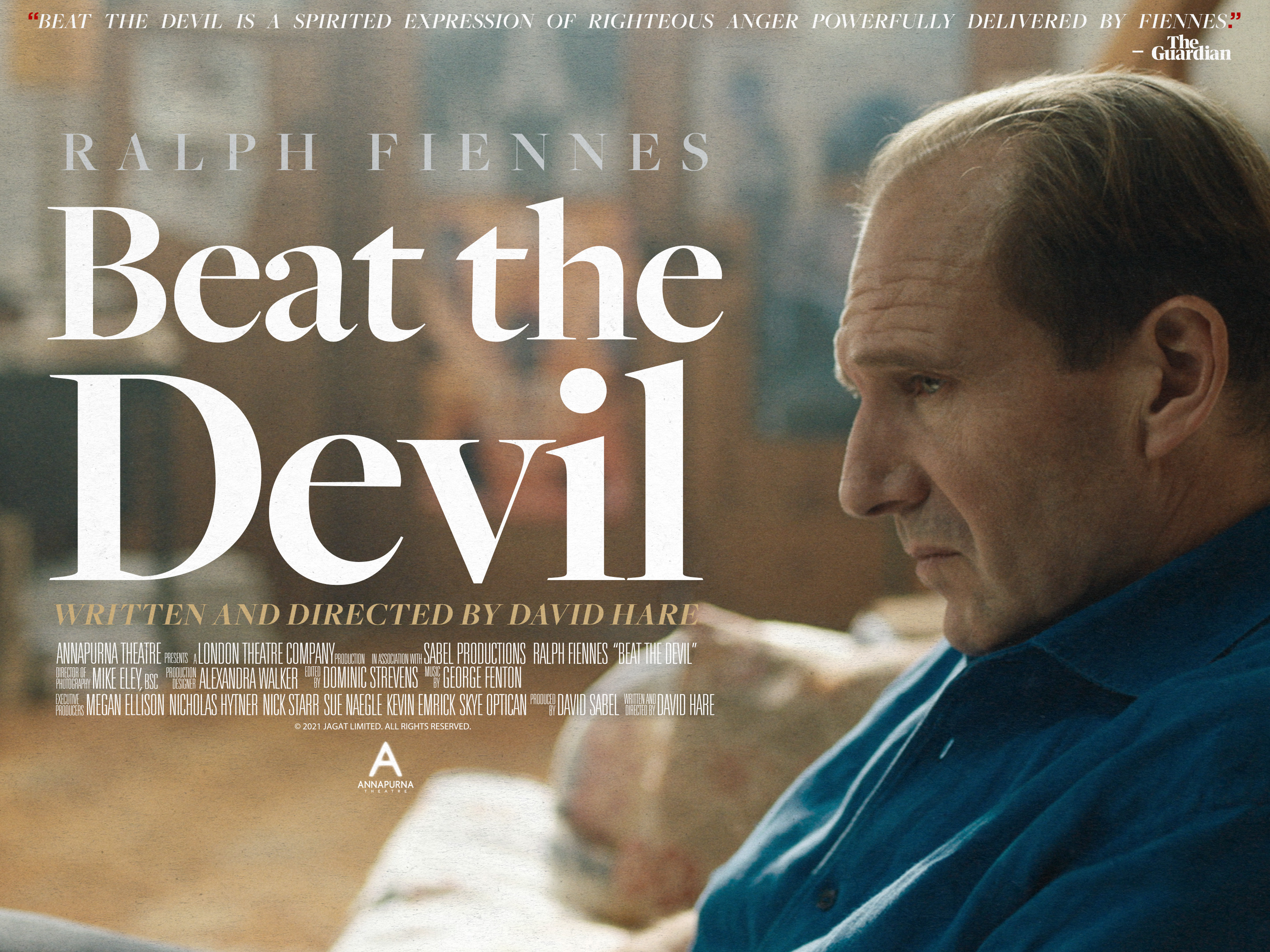 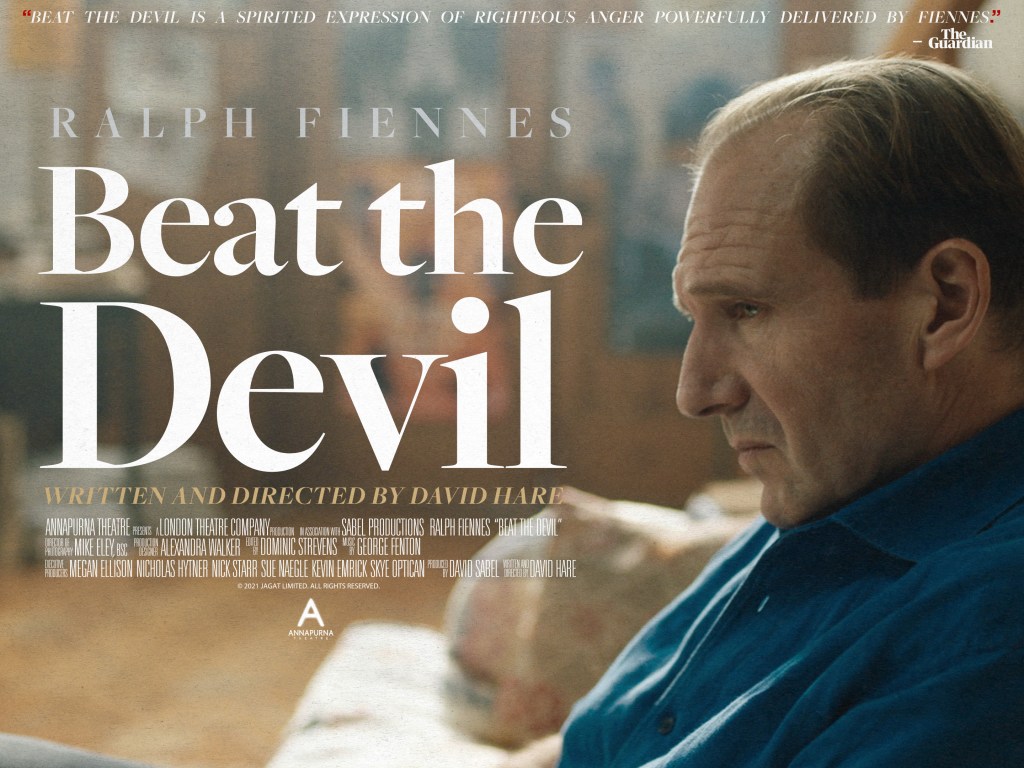 Annapurna Theatre’s Beat The Devil is now streaming for subscribers on Showtime in the United States, with additional territories to be announced.

The film is written and directed by David Hare (The Hours, The Reader) and stars Academy Award, Golden Globe and BAFTA nominee Ralph Fiennes (The Grand Budapest Hotel, The Constant Gardener). It is based on the stage play of the same name that premiered at London’s Bridge Theatre. The stage production, commissioned by London Theatre Company and originally directed by Nicholas Hytner, saw Fiennes give one of his greatest performances in a sold-out run.

Beat The Devil recounts Hare’s experience contracting Covid-19 on the day the UK Government made the decision to go into lockdown. Suffering a pageant of apparently random symptoms, he recalls the delirium of his illness, which, mixed with fear, dreams, honest medicine and politics, creates a story of urgency and power.

Shot on location in Hare’s studio in North London, the film examines our universal battle against the pandemic through one person’s journey from illness to recovery to survivors’ rage and, ultimately, gratitude.

“Like much of David Hare’s work, Beat the Devil has only grown more resonant since it debuted on stage at the Bridge Theatre, with the prescience many of us lacked when the pandemic began,” said Kevin Emrick and Skye Optican on behalf of Annapurna. “David’s forensic and entertaining film, paired with Ralph Fiennes’ captivating performance, is a touchstone of our time that we’re pleased will reach more audiences beyond the stage.”

“In all the talk about Covid, I noticed nobody was telling me what it was actually like to experience. As I saw it, the British government fumbled, procrastinated and exacerbated the pandemic, so I wrote a monologue, brilliantly realized by the great Ralph Fiennes. This is what it’s like, and this is why I got it,” added Hare.

The film is produced by David Sabel for Sabel Productions and executive produced by Megan Ellison, Sue Naegle, Emrick and Optican for Annapurna, and Nicholas Hytner and Nick Starr for The London Theatre Company.