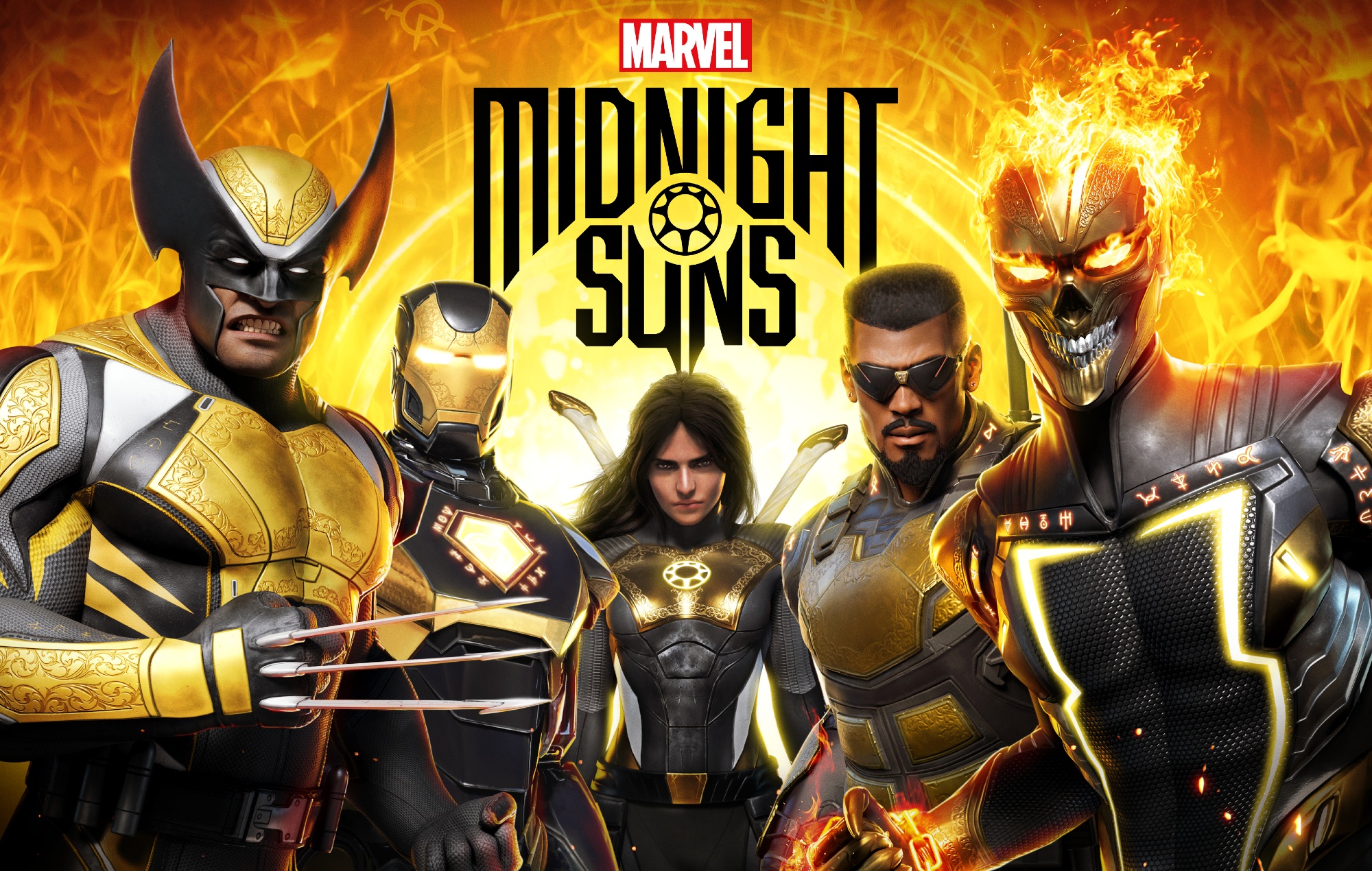 While the game is, as widely expected from developer Firaxis, a strategy game, it looks far from the mould of the studio’s existing staples XCOM and Civilization VI. Instead, it seems closer to a deck builder, with superpowers and special moves selected from virtual cards at the bottom of the screen.

In battle, players will control a squad of three heroes, seemingly always including The Hunter – the new, original hero created for the game – plus two other heroes. At the start of an encounter, the team will be “dealt a random selection of hero abilities like a hand of cards” to use. For instance, the reveal shows The Hunter using a whip card to ensnare an opponent in a chain of shadow, then fling them into another enemy.

The full roster will feature heroes from the Avengers, X-Men, Runaways, and the Midnight Suns themselves – characters drawn from Marvel’s horror ranks – and every character will feature unique abilities, emphasising heavy damage attacks, healing, and even super-charged finishers – one shot appears to show Ghost Rider using his Penance Stare to reduce an enemy to ashes. Heroes will also be able to combine abilities for more powerful attacks.

However, the footage also reveals that hero abilities will be upgraded outside of battle, so the selection of cards doesn’t seem to be entirely random. It’s potentially more the case that the hand players are dealt at the start of each combat round will be drawn from a pool of pre-defined abilities for each character.

If so, that would mesh nicely with the game’s intent to push people to play with “superhero flair”, forcing them to react on the fly and make the most stylish or impressive moves possible. Combat is said to be “a cinematic tactical affair, that rewards clever thinking”. It appears more open than Firaxis’ other titles, with more movement and the ability to interact spontaneously with the environment. Enemies can be thrown into damage-multiplying hazards, pushed off elevated platforms, or otherwise creatively dispatched with.

Somewhat unexpectedly, Firaxis and 2K also showed a slice of how the game works out of battle, along with more hints of lore and setting. With the game’s main villain already confirmed to be Lilith, Mother of Demons, the reveal confirmed that her demon spawn – the Lilin – will serve as the enemies players will face and that the game’s story is loosely adapting the Rise of the Midnight Sons story arc from the original Marvel comics.

Between missions, the assorted heroes will be living alongside each other in a base called “The Abbey”. Referred to as the “secret headquarters” of the Midnight Suns, it’s also where The Hunter was kept in a stasis coffin for centuries until being called upon to defeat their mother again. It’s here that Midnight Suns seems to offer some RPG elements alongside the strategy of battles.

Character relationships will be key, with the bonds you forge with your teammates – and those you foster between them – helping improve results on the battlefield. While you won’t be able to romance any of the cast, you might be able to power them up a little by spending time with them, similar to the Persona series of JRPGs.

There also seems to be the ability to upgrade The Abbey itself, with a blink-and-miss-it shot of facilities that can be purchased and improved. One seen was a T.H.R.E.A.T. Room – possibly similar to the X-Men’s Danger Room? – to train in, earning XP.

Firaxis also confirmed that characters would have multiple costumes to unlock, though curiously didn’t show the “magic” costumes glimpsed in the initial reveal trailer.

However, more gameplay is expected to be revealed on September 7, when 2K and Firaxis will show a segment where The Hunter and Wolverine take on Sabretooth. Expect the footage to drop at 7:30pm BST (11:30am PST), and more insights into the game to come with it.

In another crossover of gaming and comics, 2000AD’s “Lawman of the Future”, Judge Dredd, appears in Call of Duty: Warzone.